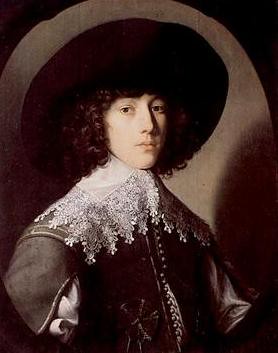 Here's a tip: If you're roleplaying with me, and I was allowed to create my own character - that character has a secret.

Not everyone does. I sometimes argue with other gamers who say that not everyone has secrets - some people are open books, nothing to hide. I call bullshit.  I believe in the good in all people, but I also believe that everyone has a secret, even if it's a small one. Maybe once they kicked a dog, or hid candy from their little sister, or fantasized about something taboo, or cheated on a test or kissed their best friends S.O. behind the bleachers. But secrets, I believe in secrets.

Secrets give characters something to protect, something to care about, but they are also part of a past that details not only what happened to the character, but how they feel about it presently. Maybe they cheated on their wife, or they stole from the church, or maybe they killed someone, or maybe they don't believe in the dominant faith or that they love someone. Whatever it is, a secret can tell you who the character is, and it can inform how the character interacts with the world.

Isidore has the most secrets in the game. He has a lot to hide, and therefore, a lot to protect, and therefore, lots of opening to be hurt. Isidore comes pre-loaded for conflict, and I'm hoping that that will help make a good story.


Captain of the Nightwatch: ISIDORE SEVERE:

Description: Isidore is the head of the Palace Nightwatch, and commands a small group of guards who patrol the palace and the grounds at night. He doesn’t much like working with a team and often commands his guards to partrol while he goes off on his own, doing his own work. Captain Servere is rumored to be the head of the King’s secret police and to have spies all over the palace. The Captain has the delicate elfin features that are in fashion for gentlemen, but his stern and aloof nature does not endear him to the Court. He is unmarried and is a master swordman whose speed and skill are often used to put new recruits in their place. He insists on meeting each person who will stay overnight at the Palace.

Appearance: The Captain is all lean muscle, with delicate facial features. He has dark hair, black eyes and always wears gloves.

Relationships: Isidore is under the command of Laurent, and it is rumored that he has a romantic attachment to Melina, though the King either doesn’t know, or care about those rumors.

Goals: Uncover secrets in the court that might endanger the King