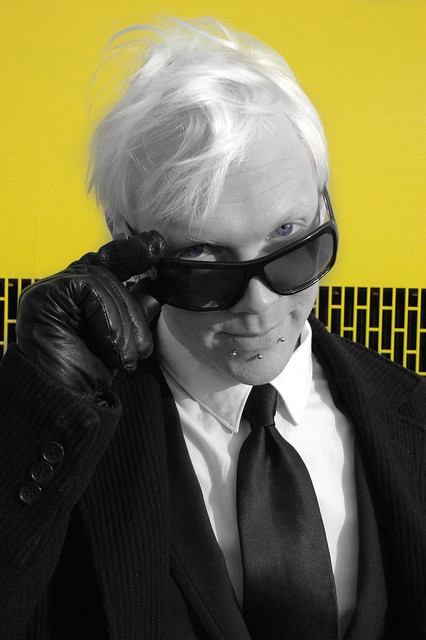 These aren't my first pictures of Manning Krull, but they are my best. Manning has a very interesting look - the first time I met him, his look inspired me so much that I created an entire character based on the way his coat hung on his shoulders. Then that character became a novel, and that novel is in it's second draft.

Manning and I talked about many things, but one of the things we mentioned had me thinking for days. You see, for some people, I am their "wild" friend, the one who does crazy things - the partier, the cool kid, the person you never know what to expect from, who you call if you are in the mood for adventure. For other people, I am their stable friend, the one who is settled and calm, the one you depend on for rides to the hospital, a room when you're in town, a nice cup of tea and a healthy breakfast served at nine.

And I don't live a double life! I'm not a different person in different company, but from different points of view, I know I appear to be wild or calm, unpredictable or utterly stable. I suppose that speaks to the variety of friends I am lucky enough to have in my life.