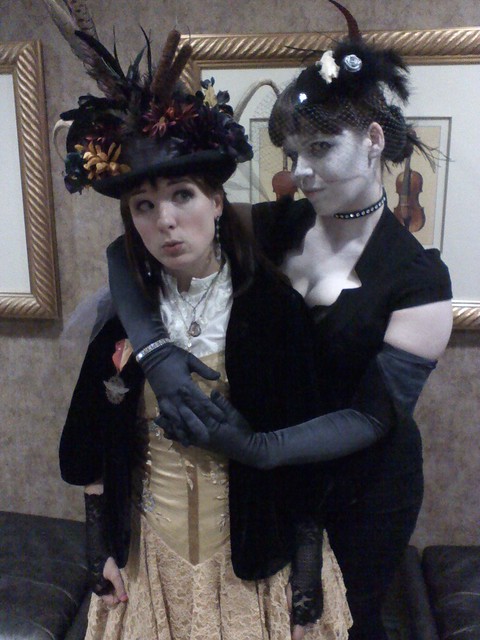 Above is Dr. Mercury and her favorite pet - Bunny - at Dorian's Parlor. Dr. Mercury is wearing a hat that Bunny made specifically for her (you can tell, because few hats feature skulls) and Mercury showed up to thank Bunny for her hard work, and then to take her prisoner for her own nefarious purposes.

Dressing up as Dr. Mercury is fun - even though getting in Full Mercury Gear takes about two hours. I've also decided that this is how Dr. Mercury is going to pose with everyone who is shorter than she is (which is a lot of people because I wear heels in this getup). I still need to figure out a pose for people taller than I am.

This particular night led to seeing good friends I hadn't seen in far two long, introducing two Megans (whose weddings I had both had the honor to shoot), a designer asking me to model for her later this month, and a very drunk request, which, last weekend, Jared and I fulfilled. Maybe later I'll even tell you what it was.
Collapse