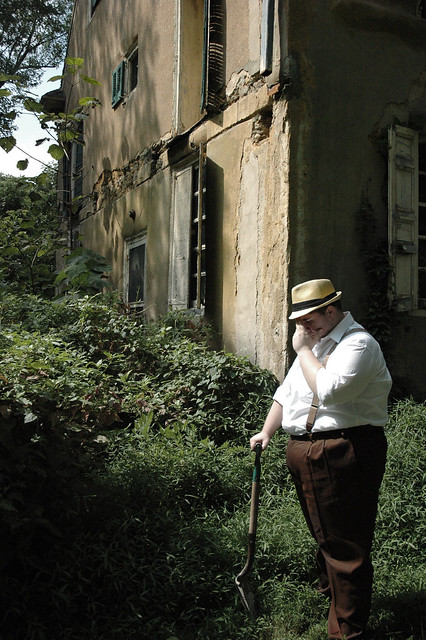 This weekend, my friend Chris and I went out on Saturday and did a shoot for the cover of an upcoming Mortal Coil supplement. My mother knew some very cool locations to shoot, and so we wandered around taking photos in various locations.

The concept was to create an image that was southern Gothic/great depression with an air of the macabre about it. The idea being that it was a simple scene, a scene that was not, on the surface, horror, but that had an undercurrent of the sinister. I think that my favorite image, the one that contains the most of that, is the one above. The shovel is dirty, the man with his head down, touching his fingers to his forehead. The feeling is that something bad has just happened, or is about to happen. And I like that.

( Collapse )
Also, I should mention, I really love working with actors as models!
Actors always seem to get into my descriptions of character and know how to funnel emotion and take direction and all kind of good things. Hooray for actors.
Collapse