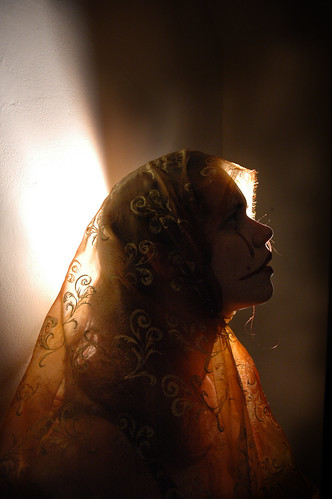 I am excited to see Jared's costumes and props on stage. Of course, a lot of people's costumes and props went into creating this show, but I hope I can be allowed a little prejudice in saying how excited I am to get to see Jared's stuff on stage. It's not the first time Jared's contributed his props and costumes for a show, but seeing his stuff on stage just never gets old. Jared made some amazing pieces for this show, and I don't want to give anything away except to let you know that glowsticks were involved.

People keep saying that this show is going to sell out fast - opening night is already sold out - so if you want tickets, get them now, because they may not be available for long.

Then, on Saturday, I have a shoot with Bunny, who I have never taken photos of before but who I've wanted to take photos of for years. Seriously, years. We've both been busy, then she moved out of town. . .but now it's on!

I'll also be shooting photos of Russell and Jared Saturday evening, along with another new model, Jerry! Jerry is so cool, and has such a striking look - big eyes, broad shoulders - I have this feeling he is going to be a freakin' amazing model. I've never met an actor yet that wasn't fun to shoot.

So, it promises to be a lovely weekend!
Collapse