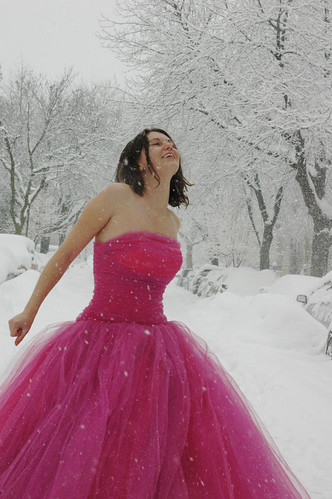 Holly is always up for an adventure, so when I called her up today to see if she wanted to go outside and take pictures in the snow, she knew what I wanted as soon as she heard my voice.
"Pink Dress?" she asked.

An hour later, we were shooting.

One of the brilliant things about living in West Philadelphia is that it's like a small town in some ways. It's a small town in a big city. Eight of my friends live in walking distance from my house. Often when I leave the house, I see a friend.

We took this photo on a street corner that we went to because passing friend and genius photographer Kyle Cassidy suggested that we scope it out. He saw us taking photos from down the street and came up to us to tell us what we were doing was cool. He even remembered that Holly was an entomologist! Yes, that's what a small town it is, you cannot have a photoshoot without running into the local genius! 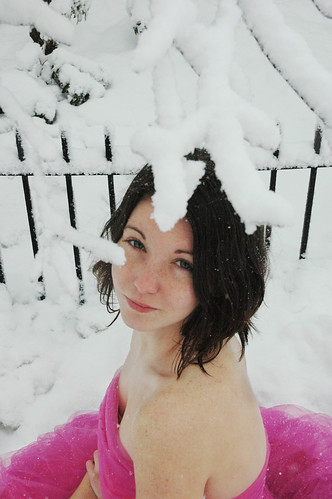