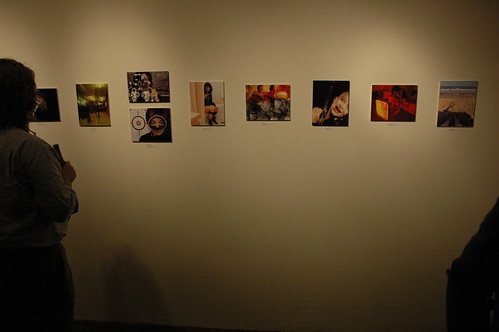 One of my photographs was in Acting 201, a show put on by the Midwives Collective last Friday night. Each participating artist was given a line and then asked to create a photograph based on that line. My line was "It's gonna be really easy" which evoked the feeling of someone who was both powerful and overconfident. Who is both powerful and overconfident, I thought to myself, as I prepared to take the photo.

Of course, because I am me, I thought of a Supervillain. 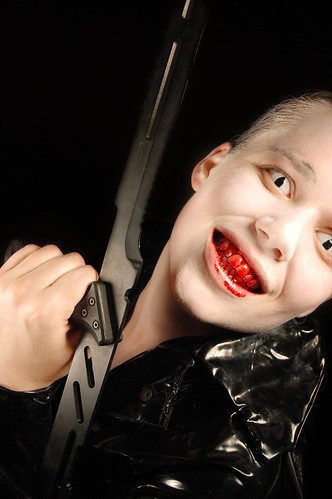 This is Dr. Mercury. Dr. Mercury is an insane star child and chemist. She is the kind of person who would believe that a overly complex plan would be very easy, who would fight someone on a rooftop and who would have blood on her teeth.

The opening was very cool - a big crowd, lots of really cool art on the walls, and, one of the most fun parts of an art opening, we got to dress up! Jared dressed to match my hair, and I got dressed based on a dream I had. This produced some snappy outfits, if I do say so myself.

The Midwives themselves are a cool group of women. Talking to two of them after the show, it was obvious how devoted to art they are. They are committed to education, to sponsoring thought provoking work over work that might be commercially viable, to supporting local artists, young artists, female artists, and to opening up the art world to many different visions. Talking to them was refreshing in a way that surprised me. I didn't even know I was thirsty.