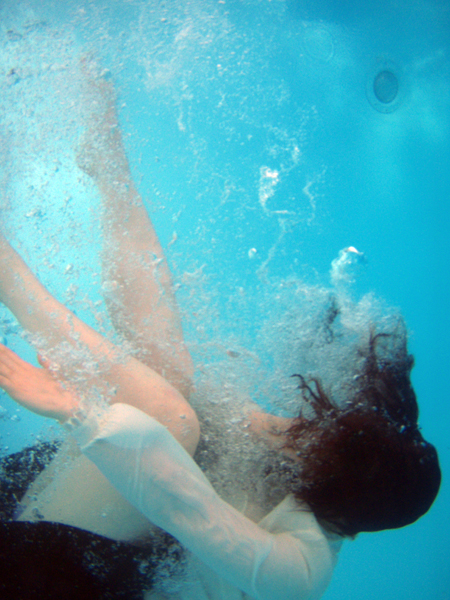 On Monday I had the pleasure of modeling for photographer Rae Winters during one of her underwater shoots. It was a little cooler on Monday, but the water was fine, at least till the Sun hid behind the trees, and we got to take lots of shots.

Underwater modeling is certainly the most difficult modeling that I've ever done. I had some practice last year and that helped me to prepare for this year. I can hold my breath for longer than most (personal best is five minutes) but it's not just about holding one's breath - it's about understanding how you need to move so that water doesn't go up your nose and hit the back of your head like an angry truck. It's about thinking about your face and your pose while you aren't breathing.

Rae edited the top photo and I edited the bottom one. Rae and I have similar artistic tastes such that if we were to do a shoot together, I think that our style is similar enough that the shots would meld pretty well. However, I think that this particular edit nicely demonstrates our differences. In Rae's photo, I am falling, bubbles blooming around pink skin, a flutter of blouse. The woman in the photo is letting go, releasing herself into a pool of bright blue. She is in clear waters.

The woman in my photo appears to be committing suicide, headed into a place without light, her skin washed out, the water green and dark.

We also do weddings. 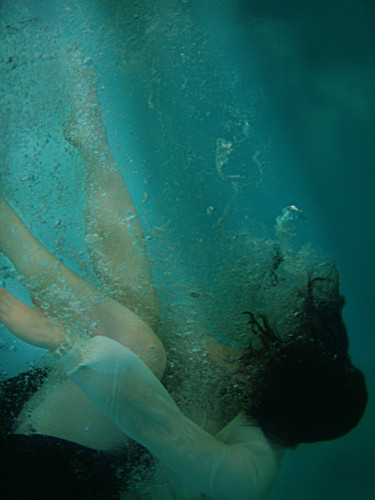