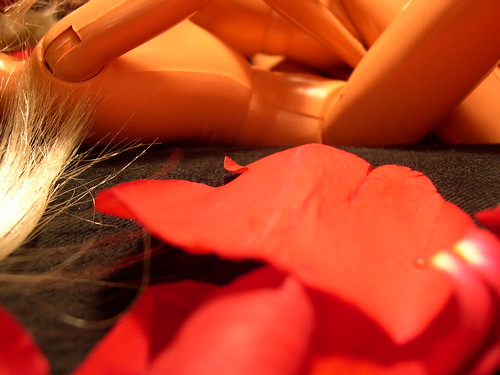 Rill was a free-range child, tracked by voice rather than GPS, because "allowing a child to experience freedom increases creative intelligence in scientific studies" which meant that in 7th grade, when everyone had a chip, she was the kid who got bullied and bribed into picking up beer from older cousins, or meeting high schoolers with money for drugs.

The studies were right, sneaking and shuttling around behind her parents back, making up lies, buying and selling, this did make her more creative than her peers. She could often be found, riding the electric rails around the city, bags of forbidden fruit in her hands.

And that was how she met the dolls.
Collapse