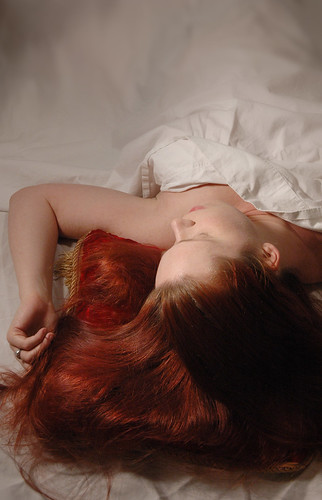 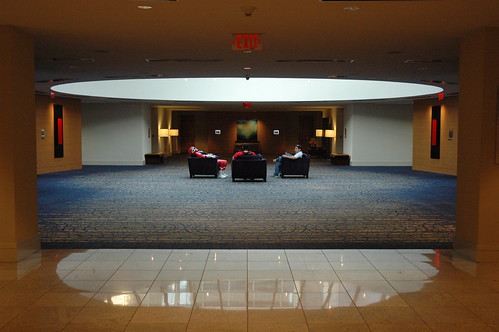 Early Friday morning, accompanied by the beautiful Nuri, I saw this sight at DragonCon. The bigger this photo is, the more it seems to make sense, which is why I include a large version under the cut.

If anything captures my personal experience of DragonCon, it is this. I don't know the people in this picture, but the costume, the trio of friends, the exhaustion and the place it's taken, where the hotel connects to the food court which leads to the other hotel - this says DragonCon to me.

But most of all, it's the surreal quality of it all, of seeing the unexpected dance with the mundane. You turn a corner and a superhero is sleeping under a circle of light. Every DragonCon, something surreal has happened to me, but never before have I been able to capture it on camera.

I seldom feel like I'm able to say enough on my blog, sometimes there is so many wonderful things that happen that I don't feel like I can capture it all, so I end up saying nothing. My life is a cascade of wonderful things and generous people. I should make more of an effort to record it all.