J.C. Hutchins (http://jchutchins.net/) is one of the top five nicest people I’ve ever met. Because I’ve recently encountered some confusion over what “nice” means, let me clarify. J.C. Hutchins is understanding, humble, generous and helpful. It seems to be universally agreed upon in the podcasting circle that J.C. Hutchins is an honestly nice guy. 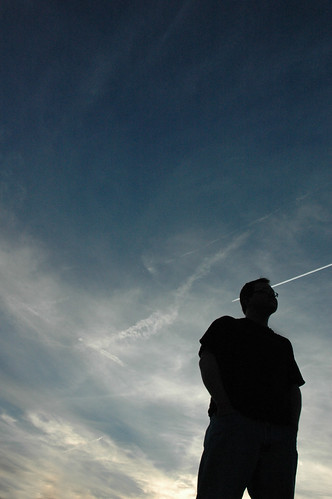 If podcasting were to have the beauty pageant style of awards, J.C. Hutchins would be a shoe-in for Mr. Congeniality. However, podcasting does have awards, they are called The Parsec Awards and J.C. Hutchins has already won one in 2006 for his novel, 7th Son: Descent. If you haven’t read or listened to 7th Son, I encourage you to do so. The way in which he introduces his characters is brilliant. He manages to mesh character introductions and world building flawlessly, all while keeping the plot moving. In other words, he doesn’t stop any action to tell you where you are or who your with. This is particularly impressive because his cast is a large one, and when you have more than four central characters, it can become difficult for readers to keep them all in a row. J.C. manges the introductions so smoothly that it’s as if you are hearing a story about people you know.

When I first heard 7th Son, I remember turning to Jared and saying “This guy is it. This is the guy we are going to tell people we knew when we’re looking back at our careers.” I still believe that. I think that J.C. will be one of the helmsmen of this generation of writers.

In most photographs I take, I enjoy exploring aspects of a persons personality that aren’t often visible. I like to show the mutability of a person, I like to bring out the facits that are often ignored as we fall into our life rolls. However, the picture below is pure J.C. I showed it to my father and I said “What do you think this guy is like?” 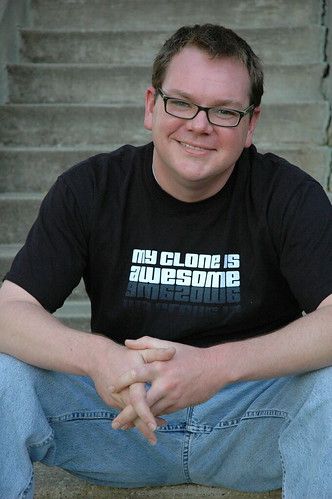