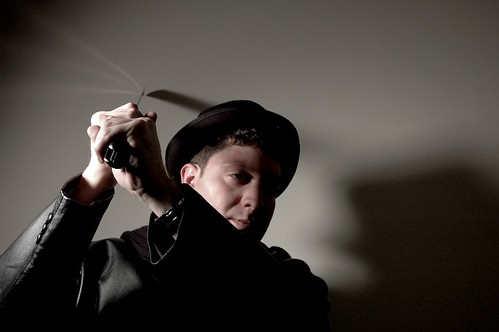 One of my next goals for my photography is to do more group shots. I've done a lot of individuals and couples, but not so much with groups. Groups are exciting and far more difficult but I think, rewarding. I've really enjoyed shooting the groups that I've done in the past and I have some fun ideas for groups in the future.

One of my big ideas for groups is to do promotional shots from TV shows that don't exist. Shows about monster hunters, superheros, mobsters, rocketmen, zombies, circus performers, brave airship pilots.

These photos are from my idea for a tv show about a group of people who fight the undead using their special powers. It's a very special group of people which means that I need to assemble a special team for this photo. I'm hoping I can get the folks I'm thinking about to sign on, because I think it would be awesome.