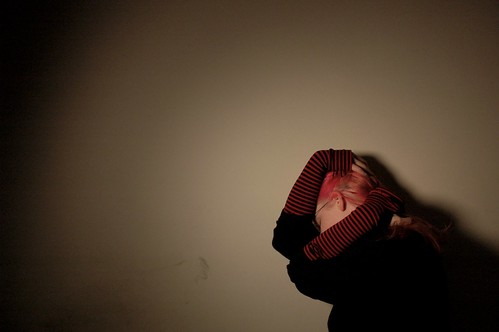 She fought me again yesterday. It made me feel like a monster. I tried the gentle approach but she refused, so I had to take her by force. It was, as usual, satisfying and depressing.

Afterwards, I hid in the forest and slept. I’m afraid she’ll try to kill me if I sleep out in the open. I tracked her and caught up quickly. If we don’t get back to the compound soon, the others, my people and hers, will assume we are dead. I imagine them dividing our meager possessions.

Today I brought her roast rabbit. Rabbits were rare for the first year after The Fallout, but now I’m finding more of them. Some of them are oddly mutated; missing a leg, or an extra ear, but they are still good for roasting. I left it next to her while she slept. Maybe it will help to mend things a little.

Later, I found her sitting cross-legged on a large rock. She was holding a stick she had chiseled to a point.