This is my nightmare. 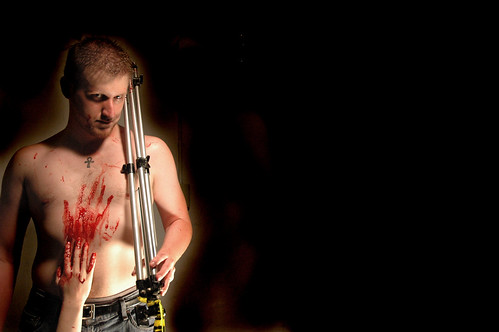 I’m a murderer. I’ve killed someone that I know, someone I’ve argued with, someone who has wronged me. I’ve killed them and I’ve hidden the body.

I do it different ways. Sometimes, I just bury them. Sometimes I do this thing with a lot of chemicals in the bathtub to reduce the body to sludge and bone. Sometimes I’ve killed them and just left the scene with a good cover story. I’m distraught. I’m anxious and miserable.

My anxiety stems not from the murders, but the fact that someone is on my tail. It’s the cops or the FBI or just a friend that seems to know too much. They’ve connected the dots that point me to the murder and I’m frantically trying to cover my tracks, moving old bones, throwing stuff away, negotiating with the people who promised to say that I was where I wasn’t.

Those are my reoccurring nightmares. Those are what wake me in the dark.
Collapse