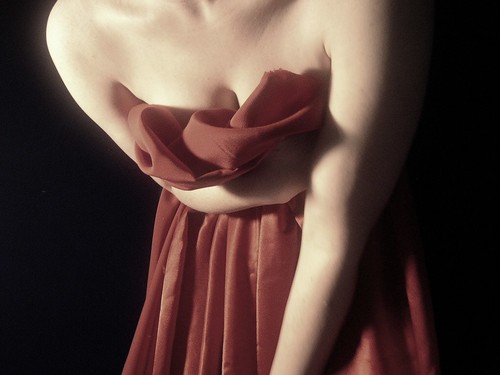 
Azim saw the reflection of the naked silicone women in the black floating screen behind the bar, and knew instinctively that they had come for him. There were three of them, the usual patrol, and they were entirely clear, distorting the view of the scene behind them. They looked hard, like glass, and Azim wondered what it would be like to slip between their exposed lips – would they be yielding there, or would they be hard? Azim tried to shrink on his barstool. Other patrons of the bar were kneeling on the floor, putting their hands over their heads.

When Azim imagined what he would do if they broke his code and came for him it involved walking out with dignity, a victim of the totalitarian system, a figure of devotion to those around him. The people around him would think he was a political prisoner, and this is what they would tell his mother, the lazy activist, and she would be proud. No one would have to know what he really did.

Things seemed unbelievably clear, the scratches on the bar table, revealing green neon plastic underneath, the sharp reflections on the glass bottles, the women’s faces reflected on the black screen, placid, cool, deadly. Azim felt panic grip him as he realized that he was going to die. This was the end. These women were going to drag him to through torture to the gates of death. He swallowed his drink, which was harder than he thought it would be, due to fact that his stomach seemed to want to force things up, rather than down. Azim bolted over the bar and tried to dive towards the back exit. The women moved as if they were on springs, obstacles cracked in their path.

Azim noticed that his face was streaming over their stomachs, different photos of him with different haircuts, some video too. He threw a bottle and it crashed on the floor, missing the women entirely.

Azim was soft from spending his days in front of a computer screen, soft from the cheap junk he ate and the late nights and early mornings, soft from the stimulant drinks and the sugar pills. It wasn’t hard for the naked glass women to catch him, to pound his head on the side of the bar, to kick in one of his knees with a crunch, to sling him between them, pinching his broken knee so painfully so that he cried out, and toss him in the back of their clear plastic car, where everyone could see him, beaten and bloody, being driven to The House, the marble seat of government that crouched in the center of the city.

Azim passed out, bleeding on the clear plastic.

I've started writing again, things outside of school and 365, w both of which have been taking up all of my writing time. It feels like streching after having been in a box for a long time. It feels good.

I've been submitting my work, very tentatively, with good results. One editor even said that he's already heard of me. (He's already HEARD of me!) I think I am going to take this summer to develop the stories I have and submit them to places that will pay me. It's time to get paid for what I do.

People love to tell me things are impossible. They like to say this right before I do them. Like 365, which people said would be over in six months, or getting published in bookstores, which has already happened, or having one of my stories bought, or making contacts in publishing.

Don't listen to nay-sayers. They are drowning in their own fears.